Our Story: Can a Christian marriage survive an affair?

Can a Christian marriage survive an affair? Yes, mine did!

When Ron and I got married in 1978, both of us believed that it was the other person’s job to “make me happy!” We soon found out — that was impossible.

I complained and criticized my way through our first year. Then Ron retaliated with the “I’m a bad husband because you’re a bad wife” defense. Our anger and resentment grew until it overshadowed our love.

That’s when I met Jake. He thought I was beautiful, funny, and smart. He only saw the good in me and he bathed me in compliments. We worked for the same company so it was easy to spend time together. We started meeting for lunches, then dinners, and eventually — dessert.

In June of 1980, I told my husband what he already knew, “Our marriage is falling apart…we’re both miserable.” Then I surprised him with, “So, I need some time to think — I’m moving out.” I didn’t tell him about Jake.

He begged, “I won’t yell at you anymore…I’ll be a better husband…we’ll start going to church again…please don’t go.” I ignored his pleas and moved into a hotel.

Jake and I started making secret plans for our future. He was married and had two children, but he was going to leave them — for me.

I had purposefully kept my Christian parents in the dark about my marriage problems. My mother had a connection with the Lord that made me nervous, and I was afraid she would “know” there was something wrong. Since they lived in a different state, I was able to keep my secret… for awhile.

One day, while Ron was gone for a few hours, I went to our condo to pack some more of my things. Soon after I arrived, my mother called. She asked, “Honey, are you all right?”

“I don’t think you are. I think you’re in some sort of trouble because last night, I woke up and felt compelled to pray for you. I want you to talk to your father — he’s on the other line.”

I am in trouble now, I thought. I’ve never been able to lie to my father.

“Hello honey, your mother is convinced that you are in need of her midnight prayers. Are you?”

I hesitated. I knew I was opening Pandora’s Box, but since I had to tell them eventually, I said, “Yes. My marriage — it’s in trouble.”

I took a deep breath, swallowed hard, and said, “I’ve moved out of the house, and I’m going to file for a divorce.”

Long silence. Then Mom said, “Nancy, we love you. And because we love you, we will not support your leaving Ron. Marriage is a holy bond. Has Ron committed adultery? Has he ever hit you?”

“Then you don’t have biblical grounds to divorce him. You’ll be outside of God’s will if you do.”

I hadn’t thought about God’s will in months. I felt a wave of panic and the phone was slippery and hot in my hands. I couldn’t bring myself to a full confession but I did concede, “I haven’t been a very good wife.”

Dad gently replied, “But that can change. Now that you’ve been honest about your own part in this, the Lord can heal your marriage if you ask Him to.”

Mom offered, “I think we should pray.”

Dad prayed, “Dear Lord, King of Creation, we praise you and give glory to your name. Thank you for the gift of our daughter. Draw her to your side and wrap your loving arms around her. Lead her back into your light. Help her to confess her faults to Ron, and to you, Lord. Please help both of them put you back on the throne of their lives and their marriage. Let tonight be the turning point. In Jesus’ name, Amen.”

I was sure they were waiting for me to say it, too. But I knew that amen meant “Let it be so” and I wasn’t sure I wanted what he’d prayed for. The thought of giving up my relationship with Jake seemed unbearable, so I just said, “Thank you Daddy . . . Mom . . . I’ll wait for Ron. I’ll call you in the morning. Goodnight.” Then I hung up the phone — fast.

Their prayer began to soften my heart and I wondered if there was any way out of the chaos I’d created. I went into the living room, sank into the sofa, held a pillow to my chest, and called out — to God. I had been avoiding Him for months. My guilt, shame, and sin had built a wall between us. But, brick-by-brick-as I confessed each sin — I tore down the wall — and let the Light in. I prayed, “Lord, please show me your will for my life.” Then, I remembered the simple words that Jesus said to the adulteress woman. “Go and sin no more.” I knew exactly what I had to do. I surrendered my will and my heart to the Lord and asked for the strength to walk away from Jake and make a full confession to Ron.

When I told my husband the whole truth and asked for his forgiveness he miraculously chose to forgive me.

We both called Jake. I cried as I apologized to him and explained why I had to quit my job and why I could never see him again. Ron and I asked him not to call or have any further contact and he agreed to honor our request. I told him that I hoped he would reconcile with his wife and restore his family. When we said goodbye, all three of us were crying, for three different reasons.

My feelings for Jake had not changed, I was still “in love” with him, but I chose to stay with my husband. It was out of obedience at first, but as I began to act lovingly, the loving feelings eventually followed. Ron and I recently celebrated our 39th wedding anniversary and I am thrilled to tell you that we are deeply and tenderly in love — with each other! We are living proof that no marriage is beyond repair. 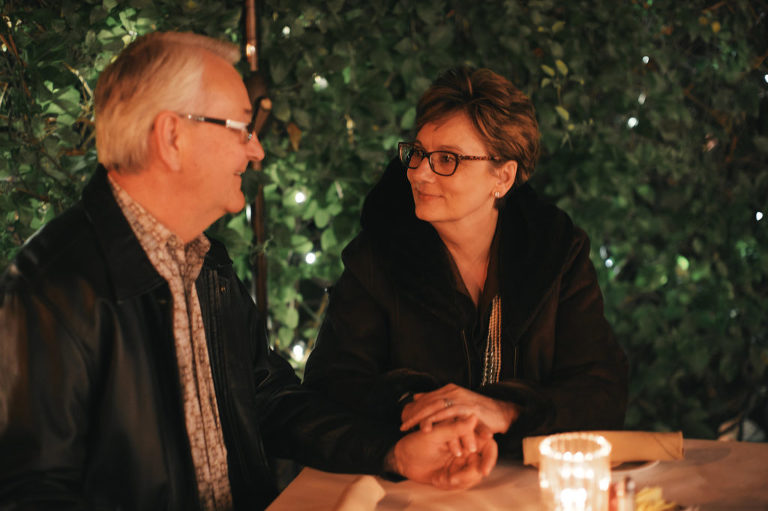