The 700 Club: Forgiving the Prodigal Spouse 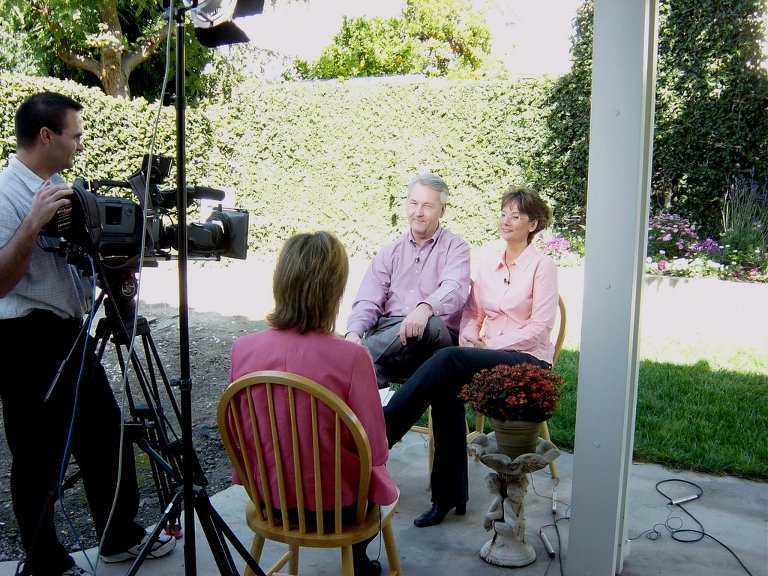 “There was shame to it, but the shame was not outweighed by the pleasure.”Nancy Anderson knew better. She was raised by godly parents, went to a Bible college, and considered herself a Christian.

“So I kept it a secret from anyone who would tell me to knock it off,” says Nancy. “I became an expert liar, because adultery and lying go together.”

It was back at college that she met Ron.

“My premise in getting married was that Ron was going to make me happy,” she says, “that he fix me, that he meet my needs, that he read my mind, that he know what I needed before I even knew.”

Ron confesses, “I was a jerk. I was a jerk as a husband and consequently my wife responded in a negative way as well.”

They loved each other; they loved God, but found marriage a whole lot harder than they expected.

“We fought about everything, once married, about money, time,” he recalls. “You said this, I said this, you didn’t live up to my expectations, or I’m disappointed about this.”

“As a couple, we did not have a spiritual unity,” Nancy says. “Because of that I started to drift from the Lord, as a couple, but also individually.”

“I was complaining about Ron and one of the women at work said, ‘Dump him if you’re not happy! Life’s too short to be unhappy.’”

So when the opportunity arose, so did Nancy.

“I just took the easy road out and started flirting with a man at work,” she says.

“I figured oh, okay if you need a couple of days be yourself,” Ron recalls. “Well I didn’t know there was another man involved.”

Along with the excitement, Nancy felt guilty especially when something pricked her conscience like the radio.

“He said, ‘If you will stop your sinning, and repent, God will forgive you.’ That made me so angry because I didn’t want to stop,” Nancy says.

Ron says, “But when she comes back after four weeks and says, ‘I want a divorce,’ now I’m in trouble. Now reality is setting in. I’ve got a big problem here.”

It all came to a head when Nancy got a call from her worried parents.

“I managed to lie to my mother, but I can’t lie to my dad,” she says. “Even from 2000 miles away, prayer is a powerful thing. That prayer began to pierce my heart. I knew that the Lord would be faithful. I didn’t know what the outcome would be.”

Then Nancy prayed her own prayer and knew what she needed to do. She knew it would break her husband’s heart… and her own.

“My emotions were still connected to him,” she says. “I didn’t love my husband. I knew it was just that simple and just that horrifically difficult.”

Then the big moment came. Ron came home early from a convention.

“And there she was,” Ron recalls. “It was the first time that we’d actually talked without yelling at each other in many, many a night.”

“She’s choosing to choose me over him was more concerned to keep the conversation going at the level it was going,” he says. “I wasn’t devastated pridefully.”

The next day, Nancy phoned the office to quit her job.

The president of her job told her she was doing the right thing. “No job is worth your marriage,” he said.

“Out of obedience, I broke up with Jake,” Nancy says. “Ron and I actually both talked to him.”

So what was it like for Ron to confront the man in the middle of his marriage?

“Well, rather calm considering what could have been if he’d been there in the room with me,” Ron says.

Ron and Nancy decided to go to her parents for help. They told them there was still something they had to do.

Nancy says, “I reached across the table and said, ‘I’ve betrayed you physically, emotionally, and spiritually. I have no defense, no excuses. I don’t deserve forgiveness, but I’m asking for it anyway.’ I just didn’t know if he could do it once he heard the whole truth.”

“And the Lord in an instant gave me the ability to forgive her,” Ron says. “I never had difficulty talking about it, never had a pride issue with it, never bothered my ego. I gave it to the Lord, and He took care of it.”

Now many years later, Ron and Nancy remember well what it was like to rebuild.

“It took about three years, before we really felt like things are starting to get great again,” Ron says.

“We were not very good at noticing when the other person did it right, but we were really quick to notice when there was a mistake,” says Nancy. “So both of us had to learn that compliments are like magnets.”

For Ron, it was “finding out what made her feel loved as a woman. God made her a certain way, and I had to learn to understand that.”

Nancy says, “There’s still things that bug me about him. All the stuff didn’t go away. I’m just not laser beamed in on the fact that he cannot get his clothes in the hamper. I just pick up his stinky socks.”

“Some of the fellas say, ‘I don’t know. If my wife did that… I don’t know.’ And I tell them you know with the grace of God, you will be amazed at what you can get through,” Ron says.

Nancy says, “It grew back into the romance and love and now it’s all those things combined. I can tell the people, ‘Look, the grass in not greener. I’ve been to the other side. There are weeds. It’s a horrible place. It will destroy you. Don’t go there!’”