The Parable of the Coffee Filter 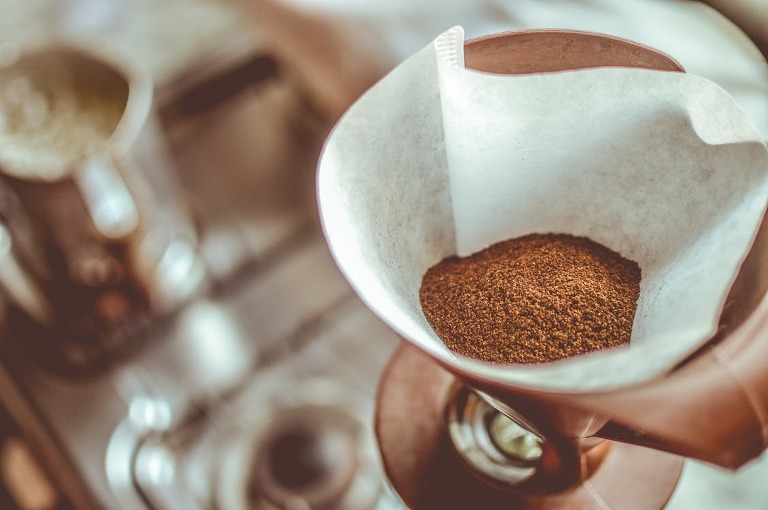 “A soft answer turns away wrath, but a harsh word stirs up anger.” Proverbs 15:1 (NKJV)

My brother Dan said, “I’m going home! Your bickering is making me crazy. You two fight constantly-and it wears me out.”

I defended our behavior, “Hey, it’s not like we disagree about everything. Ron and I agree on all the major issues. We hardly ever fight about “big stuff” like where to go to church, how to raise Nick or who’s a better driver (me); we just disagree about the ‘little stuff.'”

He sighed and said, “Well, I’m sick of hearing you go to war over where to put the towel rack, which TV shows to watch or who did-or didn’t-use a coaster. It’s all dumb stuff. None of it will matter a year from now. I can tell that Ron is really mad, by the way he stomped up the stairs. Why did you have to criticize the way he mowed the lawn. I know it wasn’t perfect, but couldn’t you just let it go?”

“No,” I replied, “We are having company tomorrow and I want the yard to be perfect. So I told him to fix it, big deal! Anyway, I won, because he re-mowed it.

Dan shook his head, “If you keep this up, you may win the arguments, but lose your husband” I slugged his arm, “Oh, stop being so melodramatic!”

The next evening, Ron and I went out to dinner with some friends we hadn’t seen in several years. We remembered Carl as being funny and outgoing, but he seemed rather quiet and looked exhausted. His wife, Beth, did most of the talking. She told us about her fabulous accomplishment and then, endlessly bragged about her brilliant, Mensa-bound children. She only mentioned Carl to criticize him.

After we ordered our dinner, she said, “Carl, I saw you flirting with that waitress!” (He wasn’t.)

“Caarrrrlll,” she whined, “can’t you do anything right?” You are holding your fork like a little kid!” (He was.)

When he mispronounced an item on the desert menu, she said, “No wonder flunked out of college, you can’t read!” She laughed so hard that she snorted, but she was the only one laughing

Carl didn’t even respond. He just looked over at us with an empty face and a blank stare. Then he shrugged his sad shoulders. The rest of the evening was oppressive as she continued to harangue and harass him about almost everything he said or did. I thought, I wonder if this is how my brother feels when I criticize Ron.

We said goodbye to Beth and Carl and left the restaurant in silence. When we got in the car, I spoke first, “Do I sound like her?”

“Pretty bad,” he half whispered.

The next morning, as I poured water into the coffee pot, I looked over at my “Devotions for Wives” calendar.

“The wise woman builds her house, but the foolish tears it down with her own hands.” Or with her own mouth, I thought.

“A nagging wife annoys like a constant dripping.” How can I stop this horrible pattern?

“Put a guard over my mouth that I may not sin with it” Oh Lord, show me how!

I carefully spooned the vanilla nut de-cafe into to the pot, as I remembered the day I forgot the filter. The coffee was bitter and full of undrinkable grounds. I had to throw it away. I thought, the coffee, without filtering, is like my coarse and bitter speech.

I prayed, “Oh, please Lord, install a filter between my brain and my mouth. Help me to choose my words carefully and let me speech be smooth and mellow. Thank you for teaching me the ‘Parable of the Coffee Filter.’ I won’t forget it.”

An hour later, Ron timidly asked, “What do you think about moving the couch over by the window? We’ll be able to see the TV better.”

My first thought was to tell him why that was a dumb idea. The couch will fade if you put it in the sunlight and besides, you already watch too much TV. But, Instead of my usual hasty reply, I let the coarse thoughts drip through my newly installed filter and calmly said, “That might be a good idea, let’s try it for a few days and see if we like it. I’ll help you move it,”

He lifted his end of the sofa in stunned silence. Once we had it in place, he asked with concern, “Are you OK? Do you have a headache?”

I chuckled, “I’m great honey, never better. Can I get you a cup of coffee?”

Ron and I recently celebrated our 26th wedding anniversary and I am happy to report that my “filter” is still in place. (Though it occasionally springs a leak.) I’ve also expanded the filter principle beyond my marriage and found that it’s especially useful when speaking to telemarketers, traffic cops and teenagers.